Something Old, Something New…Rock Climbing in Turkey

For the past two weeks, Chris and I have been enjoying a new place to us both.  We have been rock climbing in a small village called Geyikbayiri in southwest Turkey.

We joined up with our friends Paige Claassen and Jon Glassberg who are on a nine month tour around the world for Lead Now, where Paige attempts to climb at her limit in a different country each month and raise money for a variety of non-profits in each.

We rented an apartment together in Antalya, a modern city of about two million people, just a twenty minute drive to the limestone cliffs of Geyikbayiri.

Paige and I sit in the back seat of our rental car, giggling at the boys and taking in the city around us. There is something so familiar and comforting about Paige- it’s as if I have known her since childhood.  Thankfully Jon takes the wheel, and aggressively yet effortlessly dodges buses in haphazard roundabouts and intersections where no one seems to notice stop signs or obey any traffic rules.

I look out the window and take in the diverse landscape. To the south, the sea looks so different than it did on the island of Kalymnos in Greece.  The Mediterranean blends into the horizon in shades of grey and is mottled with freighters.  Resorts perch atop the steep cliff bands of the coastline.  Jutting out from the pebbled beach to the west are snow-capped mountains, complete with a ski resort nearby.

Antalya is a bustling resort town most of the year, but we and many other climbers are here during the off-season.  The city feels industrial and oddly conventional most of the time- with rush hour traffic, shopping malls, and too much concrete.  There are electrical boxes painted like Christmas presents, neon fountains with sculptures of Russian stacking dolls, and an “I [Heart] Antalya” sign with each letter standing as tall as we are in the center of town.

But spattered among the tourism and hallmarks of Westernization are reminders we are not in just any big city.  Despite the familiarity of a modern shell, we are in a country removed from our own.  Turkey is home to ruins thousands of years old and is over 95% Muslim.  It is divided both politically and socially, torn from the roots of its predecessors and the influences of the Western world.

On a rest day from climbing, Paige and I check out the town square of Antalya.  Next to a shop selling knock-off Adidas jackets and True Religion jeans is an old woman wearing a hijab — a traditional Islamic headscarf — and selling Turkish tea.  As we walk along the beach lined with concrete walls and graffiti, we hear the adhan, a call to prayer, from a nearby mosque.  Nestled between conventional grocery stores are small bazaars selling barrels of spices, grape leaves, and pomegranate molasses.  The blend of the old and the new is strangely beautiful.

We escape the traffic and smog of Antalya for a day of sport climbing in the village of Geyikbayiri, and I feel a sense of calming, a return to the familiar.  When I am putting my partner on belay or clipping the bolts on a route, even though I am halfway around the world I feel like I am home.  That is part of the beauty of traveling as a climber- there is always something old and something new to share.  No matter how disparate cultures and landscapes can be, we have a familiar place to share and experience our passion with like-minded people all around the world. 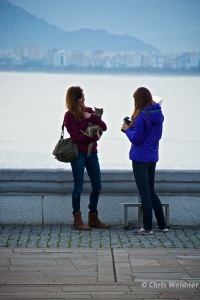 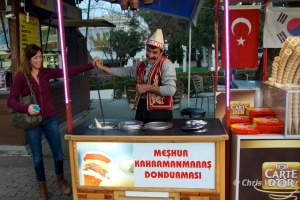 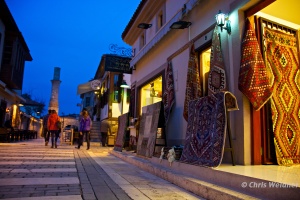 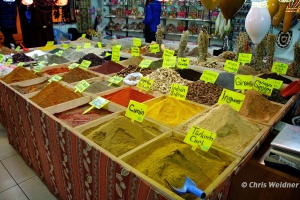 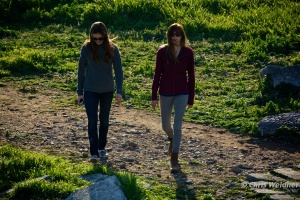 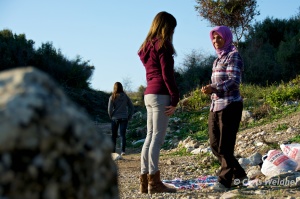 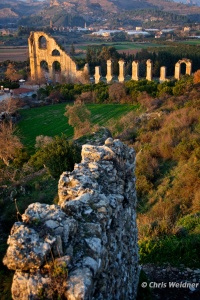 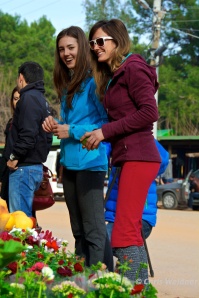 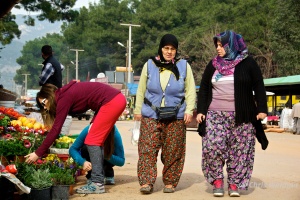 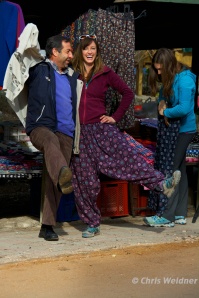 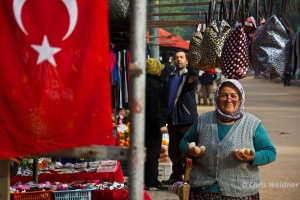 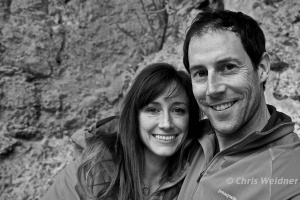 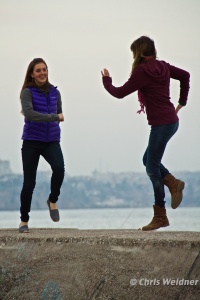 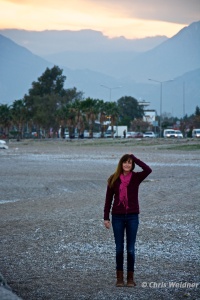 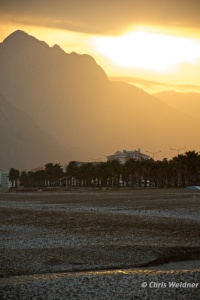 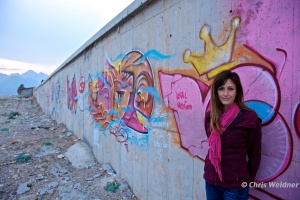 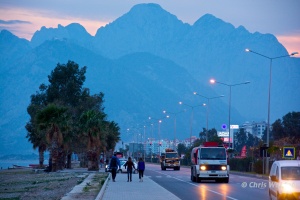 To learn more about Paige Claassen and her Lead Now tour, visit:

← Kalymnos: An Island of Climbing, Capras, and Cats
Bellissima! →