Chris and I were at The Great Red Roof when we saw the ringtail.

Growing up and climbing in the Vegas area I’d heard of the ringtail cat (not of the feline family but closer to a raccoon) for years, but I’d never seen one in its natural environment.  They’re nocturnal and shy by nature, so it wasn’t surprising.  But that day at the roof was magical.  I spotted him by my pack and he was the size of a ferret.  He sported pointy ears and a bushy striped tail bigger than his body.  I felt so privileged to see him:  I was  Alice in Wonderland  witnessing the Cheshire Cat.

The ringtail must have established his home at our new climbing project.  Chris and I hunkered down with this route called The Great Red Roof, a 13a roof crack, and I was excited at the idea of revisiting our new cat-like friend.  Historically, miners domesticated the animals.  I dreamt of having a ringtail as a pet one day.  I wished I’d see our friend again, and magically on the hike down one day he appeared.  I felt this place was supernatural- I was so lucky.

Ringtails as pets aside, I felt an overwhelming sense of deja vu hiking out at dusk from the canyons of Red Rock in Las Vegas last week.  Chris and I had just finished a first ascent on the Brownstone Wall.  We had a pleasant day outside filled with a sense of adventure.  Our route ended up being a three pitch traditional climb up a gully with quality (and loose) sandstone, varying from technical bulges to chimneys.  We named it Pegg Leg, after our dear friend Dave Pegg whom we lost just months ago.  This was my first FA in my old stomping grounds and I thank Chris for having the vision and motivation to make it happen.

But I had been here before, ten years ago or more, hiking out this very trail, but my life path was completely different.

I was with my ex-boyfriend, who introduced me to rock climbing.  My head was down, just like last week, as I watched the red sand kick up at my feet and thought about life.  I had so many worries back then.  Would I get into vet school?  Is this the person I want to be with for the rest of my life?  Is my dad going to be okay without my mom?

Hiking down in the darkness from our first ascent, Chris and I momentarily lost the trail.  We found ourselves walking through a marsh surrounded by pine trees.  In that space and time we could have been anywhere.  The city seemed so far away and I thought about all the people living there that will never experience this sense of solitude just minutes away from their homes.

We found the trail moments later and I was able to reflect once again.  I had just climbed The Great Red Roof, my second 5.13 traditional pitch ever, and I was jazzed.  This climb was initially an aid climb in the 1980s and first free climbed by the local badass Tom Moulin in 2007.  To my knowledge, I made the first female ascent.  It was an intimidating, offset, horizontal roof crack that was notorious for having to be campused (no feet used) for the last 10 feet.  I thought- what an amazing challenge (I am a terrible campuser)!   Fortunately, I have super thin hands and was able to jam the last few feet of the climb.  It was not without thinking my wrists would break, but it was worth it nonetheless.

Looking back, it’s crazy to be in familiar locations of the past in a completely different mental state.  The places stay the same but our perception is totally different.  The past is a part of who we are, but we can always apply our growth to places we continue to embrace.

Within the mindless times of putting one foot in front of the other I appreciate being a part of this life.  I’m thankful for where I’m at, what I’m doing, and who I’m with, for my health, love, passion, family, and friends.  Years ago I would have never guessed I’d be in the position I am today; it feels as surreal as having a ringtail as a pet.

Like driving on a deserted highway, my mind is able to wander.  Not only do I feel a sense of reflection, but I allow myself to dream big for the future.  I hope to always hold big aspirations and I hope my loved ones will experience the same. 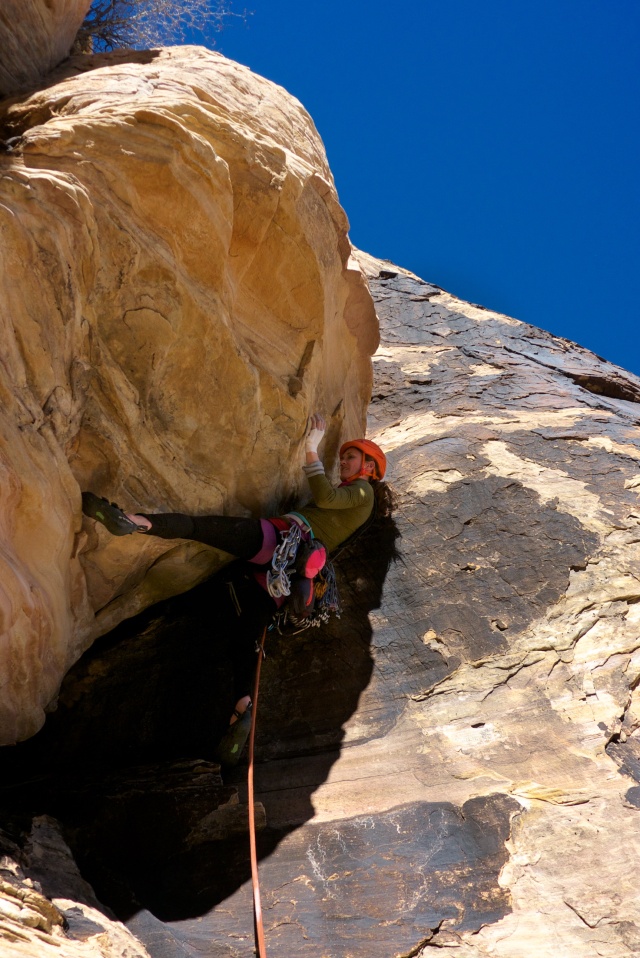 The second pitch of our first ascent in Red Rock called Pegg Leg, 5.11b. 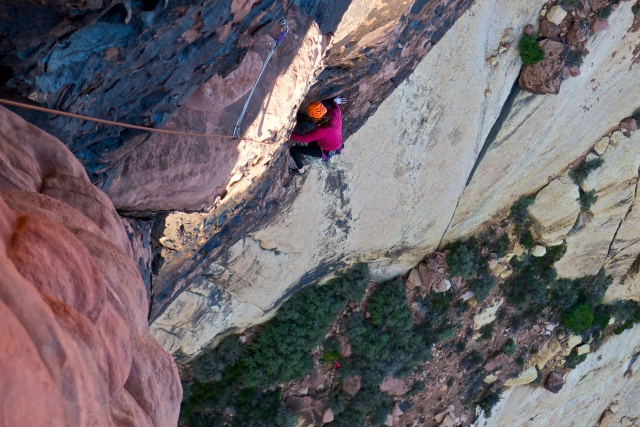 Following the last pitch of our FA in Red Rock.

← Frozen: Remote Places and Cold Spaces
All in… →